it's one of those days.

Because next to no one reads this little space where I randomly, haphazardly throw my thoughts into the cosmos, I often feel free to do just that. No one reads, no one comments, or if they do, I don't know about it, so I might as well just be me and get words off my chest.

I just got home from a perfectly flowing day. In spite of getting out of bed 20 minutes later than I had planned, everything was on schedule. I showered, threw dinner in the crockpot (it's some serious comfort food), drove to Naperville to visit my grandma in the hospital, drove to Bolingbrook to get stuff printed out, drove to Aurora to finalize permit garbage, and got home before 1 PM. As I'm getting out of the car, my mom calls and tells me my grandpa (who just had lung cancer surgery) is in the ICU on a ventilator because his breathing stopped, and he has abdominal bleeding. This is in addition to several other complications that have arisen since having the surgery.

I'm calm. I don't cry on the phone. I have that terrible habit sometimes of keeping my voice the same so I don't upset the person I'm talking to, then melting as soon as I'm alone. As soon as I hung up and got in the door I crashed. My throat hurts. Where do all these tears come from? Verses, doubts, trust, anger - it all surges. Everything all mixed together. I like things organized and in labeled folders. I'm not ready for this.

Both sides of my family have died from some form of cancer. Seriously. Almost all of them. When I was old enough to finally understand, this fact is what prompted my obsession with the more organic, natural way of eating, especially. I hate hospitals. I've been to the doctor only twice since I was 8 years old (that's 12 years). Needles and surgery and mistakes and money. I hate it all.

So my grandpa's in the ICU in AL. My grandma is in the hospital recovering from a double mastectomy (cancer strikes again). These are my only grandparents. My dad's parents both died of cancer in just a few weeks - one in 1993, the other in 2007. I'm really and truly tired of cancer destroying and taking my family.

While visiting my grandma this morning, I read her a poem. It's called Tulips and it's by a woman named Sylvia Plath. Look it up. Clicking a link is too easy and passive. I want you to want to read it. If I'm ever in a hospital bed with cancer (heaven forbid), I believe this poem embodies some of the feelings and thoughts that will be running through my mind.

I'm shivering, not just with the cold and the damp. I am afraid of "I love yous" left unsaid, and poems left unread, and smiles held back, and words kept bottled up. The time is now. Don't waste a day. None of us are guaranteed tomorrow. And whether it's cancer, or a car wreck, or simply old age, God will choose some way for us to go. As Tuck says in Natalie Babbitt's beautiful book Tuck Everlasting, "Don't fear death. Fear the unlived life."

I want to make every moment count.
Posted by Rachael Marsceau at 2:13 PM 2 comments:

Saturday Chris and I finally had a day to ourselves. :) That morning we had planned on driving up to Starved Rock to go hiking. On our way, someone recommended Matthiessen. We had never heard of it, but it's only a few miles from Starved Rock. We went to S.R. first, but it was completely packed. (Oh yeah. It's (stupid) Sweetest Day! :P) We had a picnic lunch there, but it was crowded and freezing and windy, so we decided to keep driving till we reached Matthiessen. We got a front row parking spot (thank you, Lord!) and we were off! 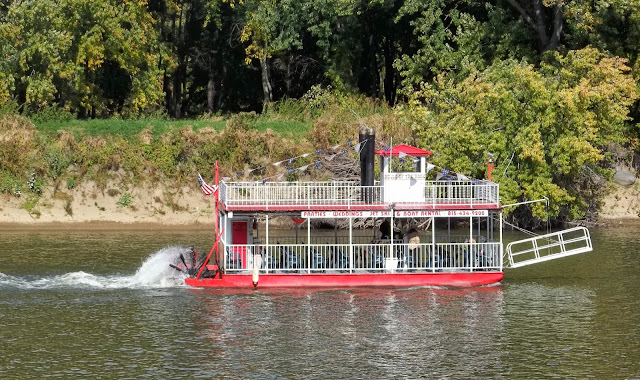 This is the inside of a fort that is right at the park's entrance. 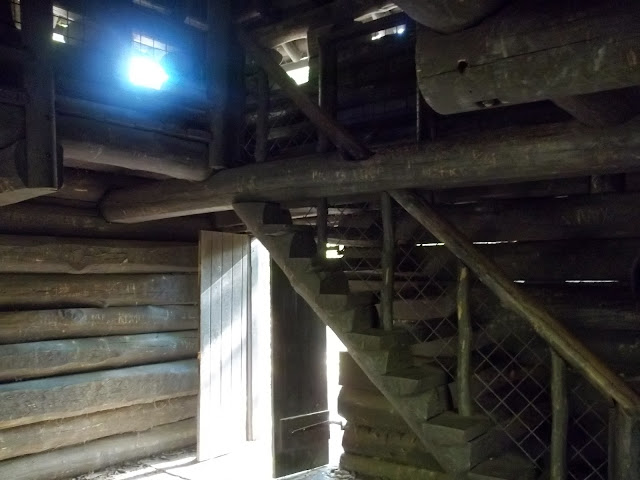 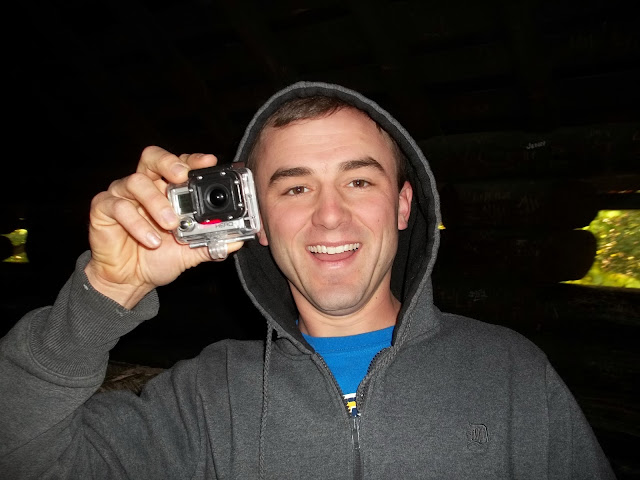 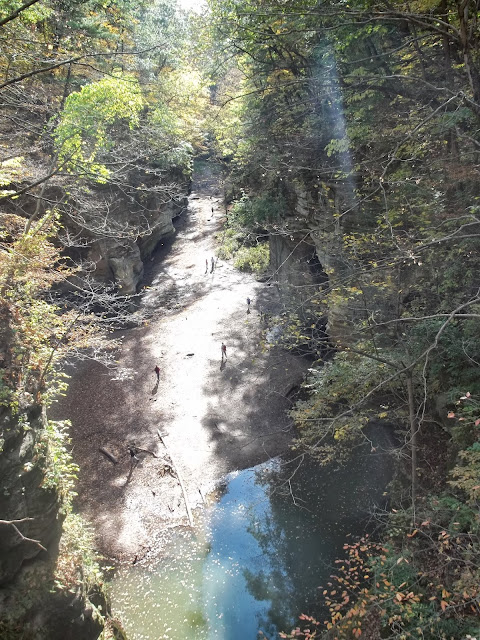 There was enough rain to make it totally muddy, but not enough for ANY waterfalls. Go figure. :P 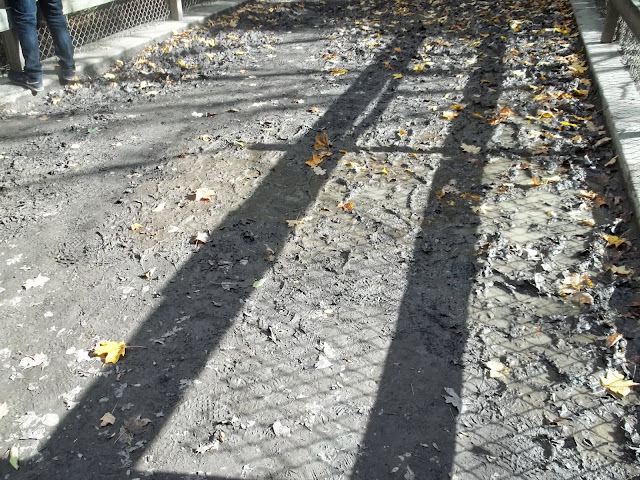 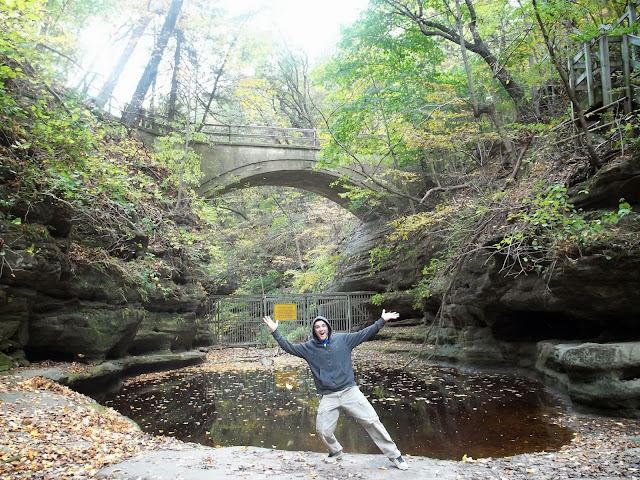 Had fun getting some ring shots. :) 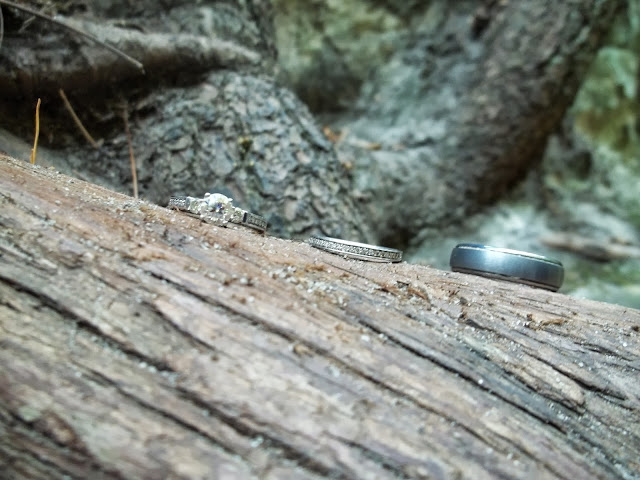 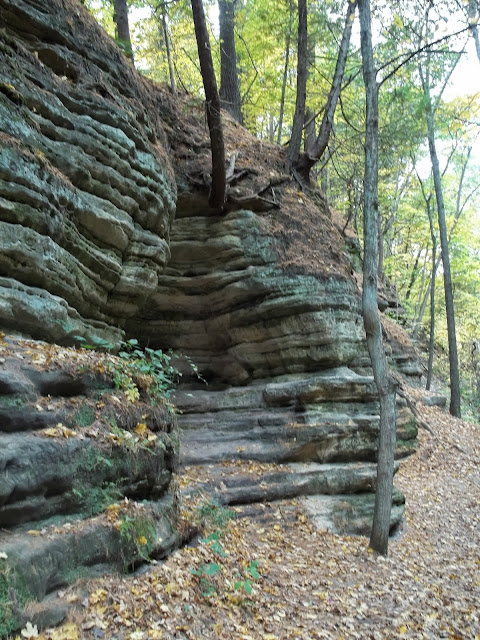 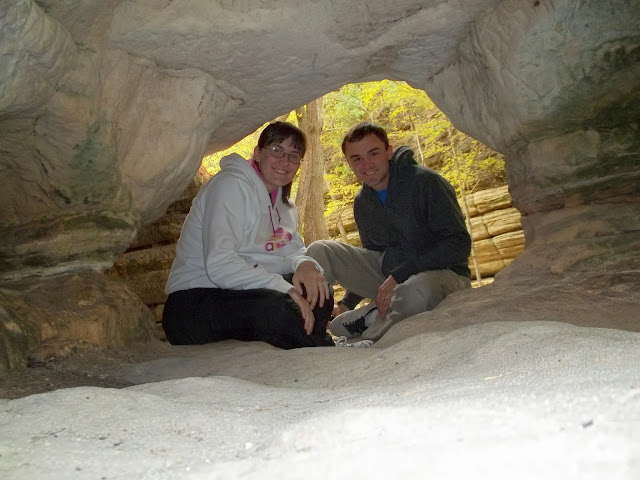 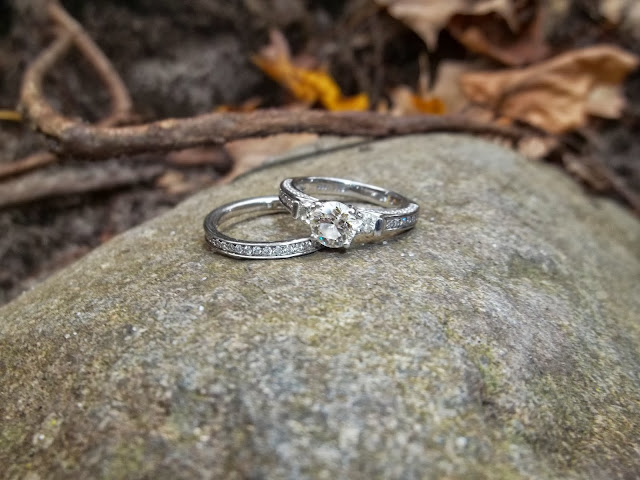 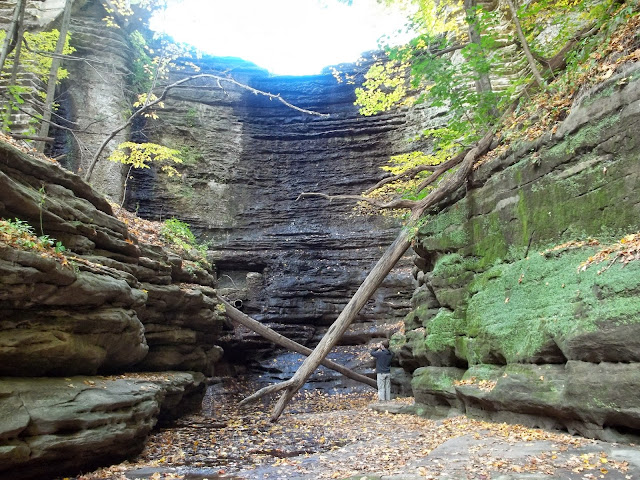 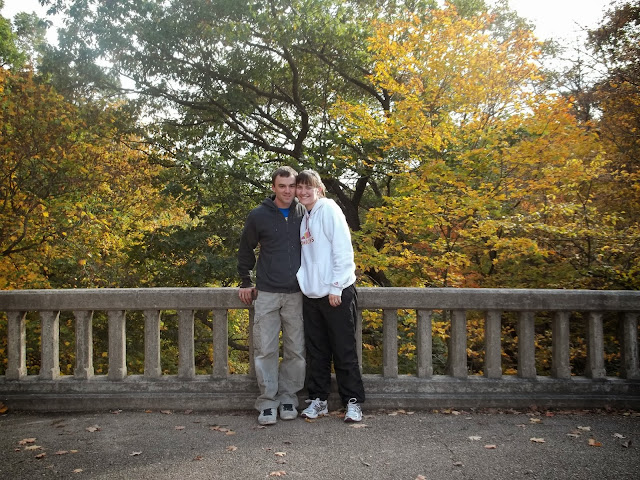 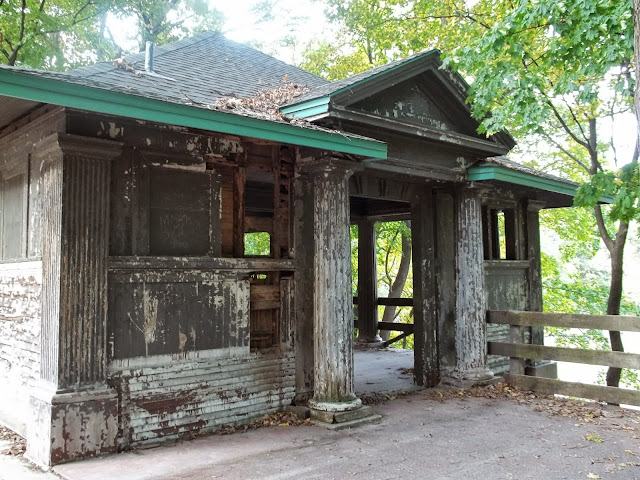 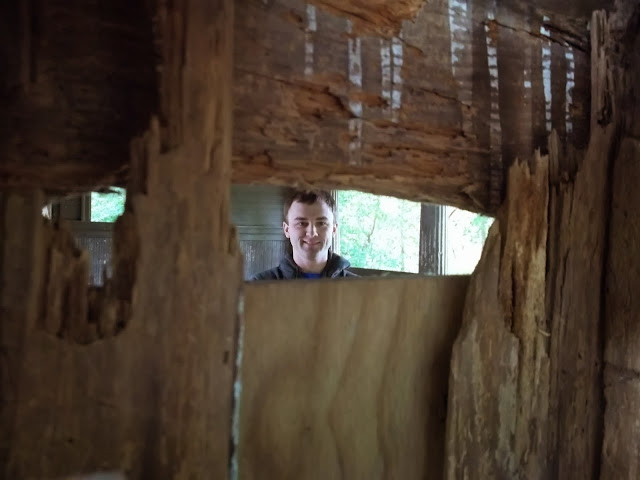 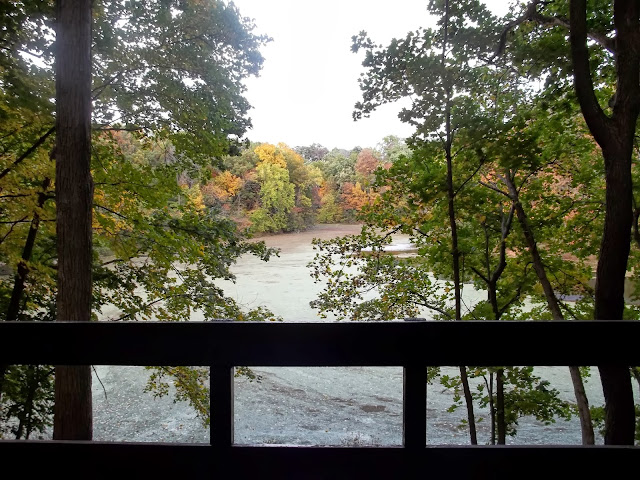 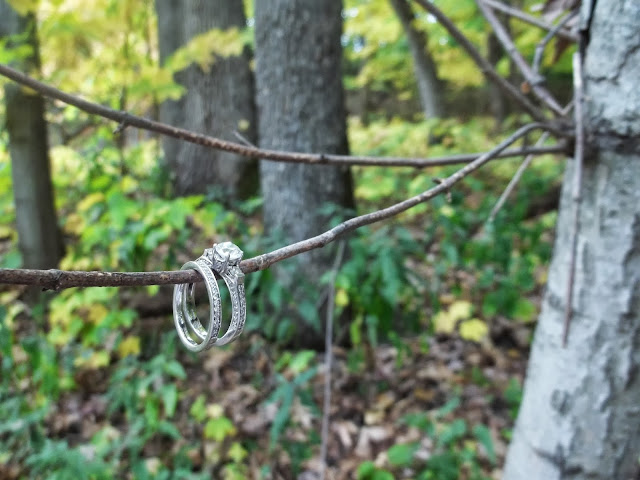 On Monday I went with my aunt Mary, my cousin Cole, my "cousin-in-law" Jenny, my aunt Laura, and Jenny's two kids Madisyn and Kolten to the Jonamac Orchard in Malta. We had a wonderful time! 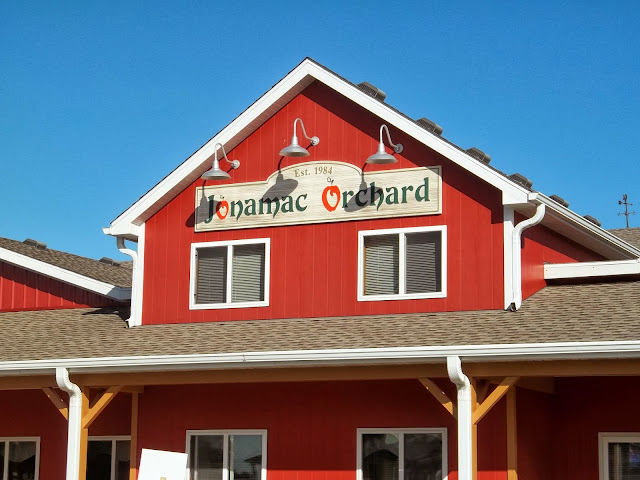 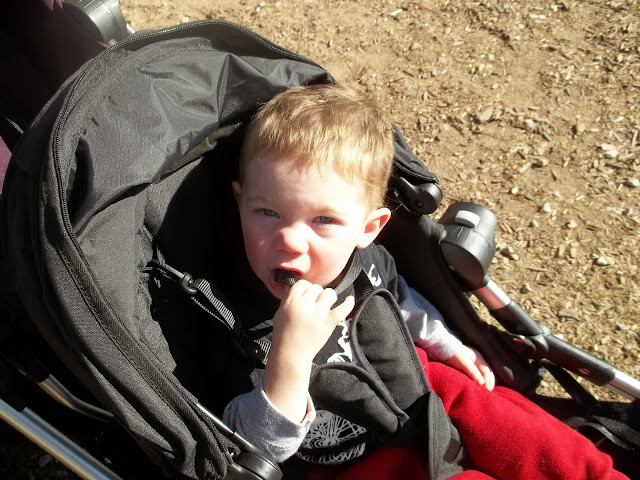 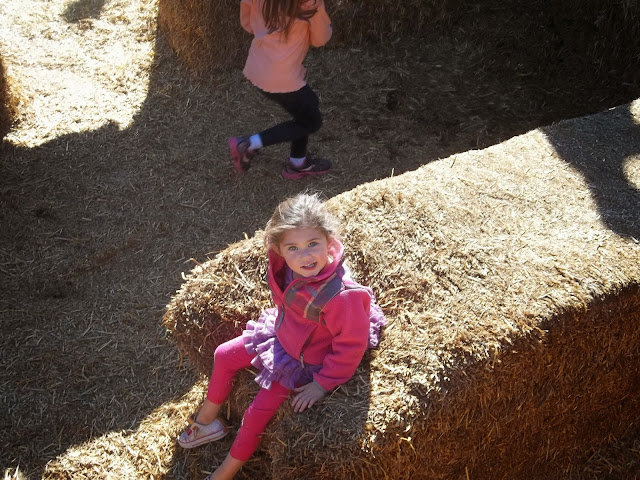 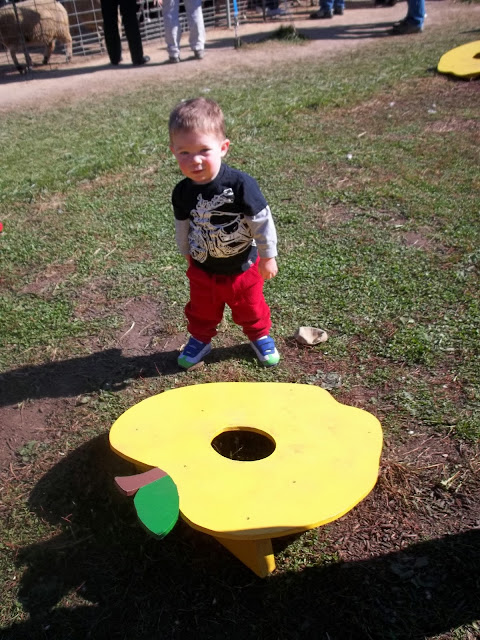 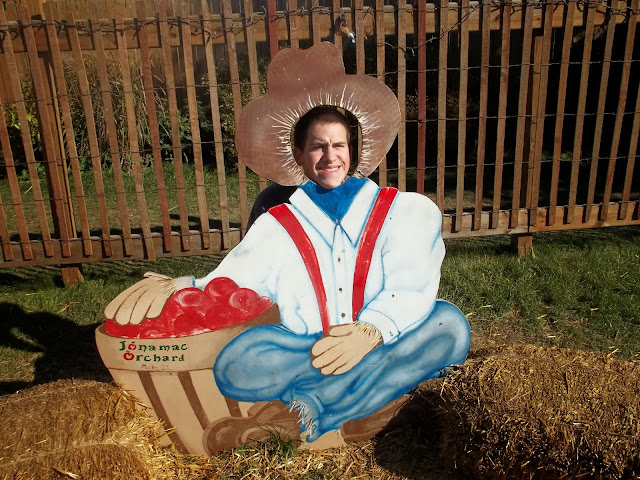 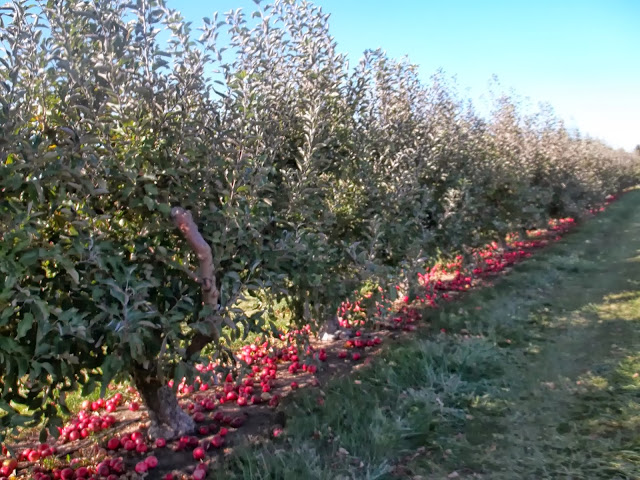 We waited in line for something like 40 minutes for the apple cider donuts. Was it worth it? YES. 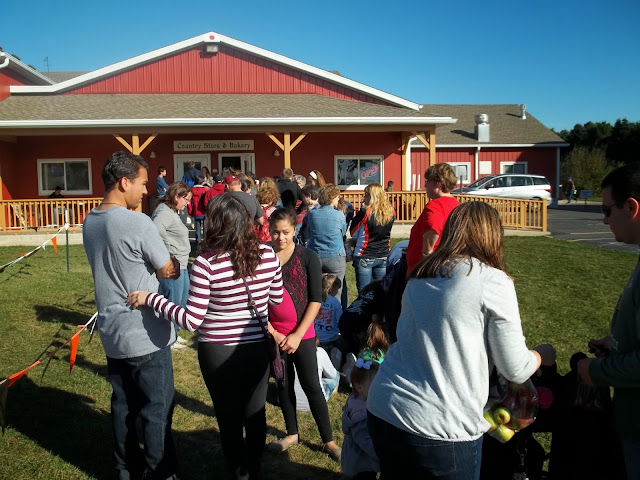 Then we see this random piano in the middle of a field. I had to get pictures with it. Had to. Regardless of the little "No going beyond this point" sign. So, flinging caution and obedience to the wind, we three ran out there and got some pictures before racing back. 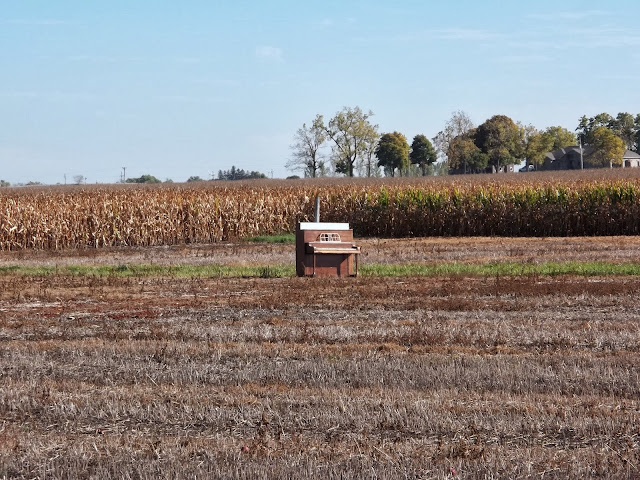 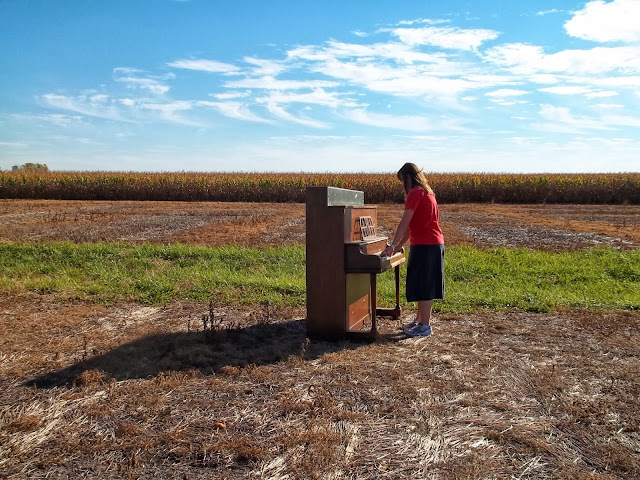 It looks like something The Piano Guys would do. ;)

It was a beautiful day, and the first time I had gone apple picking since I was 5 or 6. It was fun to hang out with family and eat donuts and kettle corn. We had a blast! :)
Posted by Rachael Marsceau at 2:32 PM No comments: 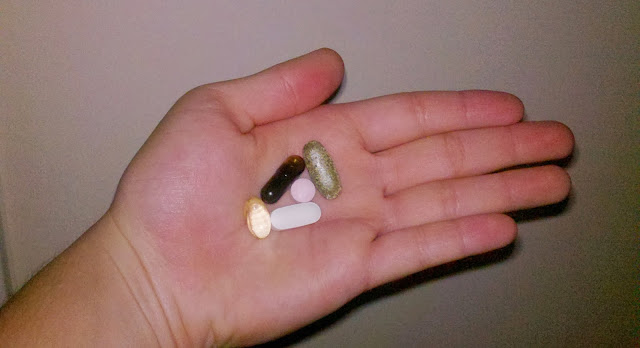 I take at least three vitamins at least once a day. Combine that with a little exercise and no extra sugar, and I'm set for a day of better-than-usual energy. Here are the five capsules/vitamins I took today.

Women's Food Based Multi - (This is the horse pill. :P) I use the Whole Foods brand. This is my favorite overall vitamin as it gives you well over 100% DV of some top vitamins such as A, C, D, E, B12, thiamin, riboflavin, iron, etc.

B12 - (This is the round pink one.) I use the Nature Made brand. Even though the multi gives me what I need for the day, occasionally I'll take an extra dose. It helps with energy, concentration, immune system, allergies, and a healthy heart.

Calcium - (The white one, of course.) Again, I use Nature Made. The top use of calcium is strengthening teeth and bones. It also helps lessen PMS symptoms (can I get an amen??), works as an antacid, and studies are being conducted to see if calcium working together with Vitamin D can prevent breast cancer. Pretty cool.

Olive Leaf - (The black capsule.) I use the brand Gaia Herbs. Olive leaf supports a healthy immune response. I usually take this when I get sick, which is dumb because at that point it's kind of late. But it does help me get better faster! I've now started taking it every few days just to help me STAY healthy.

Vitamin E - (The prettiest one of the bunch, and easiest to swallow.) I use Nature Made. This antioxidant boosts the immune system to help fight bacteria and viruses, and helps prevent blood clots.

Do you take vitamins?
What do you take and how often?
Do you like any particular brands?
Do any stores have better deals on these things than others?