Today we five "children" headed over to Wilderness Falls for some batting cages and mini-golf. The following pics document the day.
Isn't she CUTE? :) 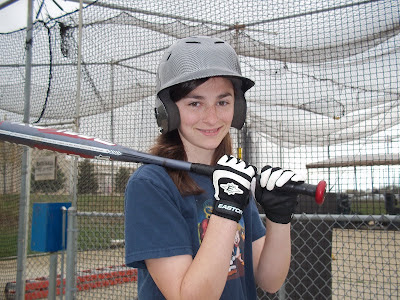 "Who goes where and gets what?" 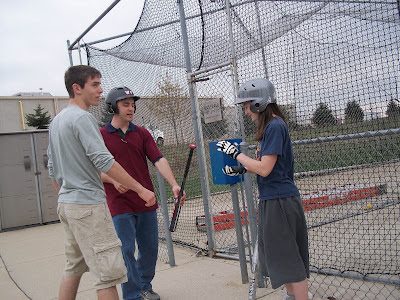 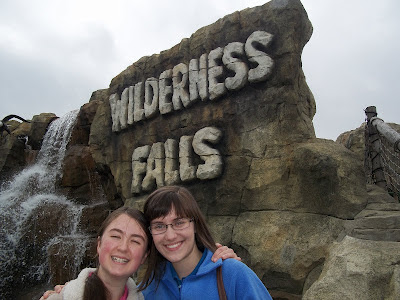 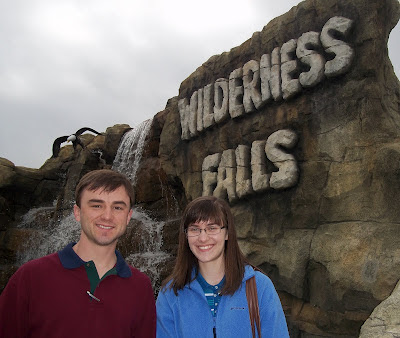 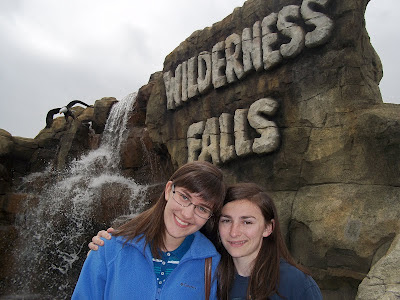 Everyone minus Charlotte, the photographer. (Some of us were getting tired...lol.) 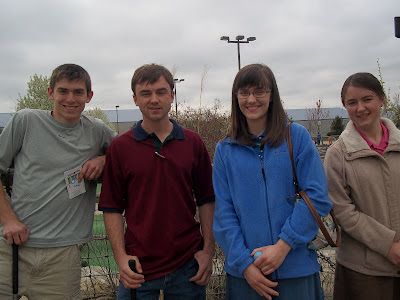 Despite the overcast skies and wet greens, (and me ending in 5th place), we had a great time! ;) 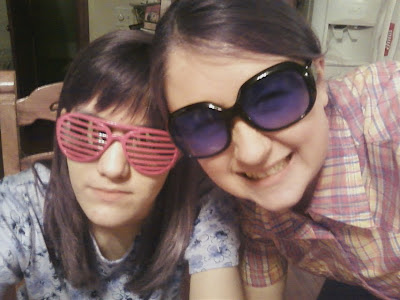 Posted by Rachael Marsceau at 11:09 PM No comments:

I LOOOVE mint stuff, so here is a mint-themed recipe post. The first two recipes I made in the past week, and the last one I made last Christmas-ish. They are ALL yummy, and relatively easy.
Triple-Layer Fudgy Mint Oreo Brownies, found here. 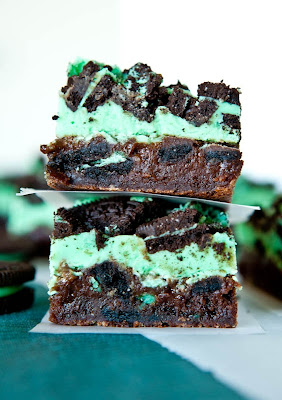 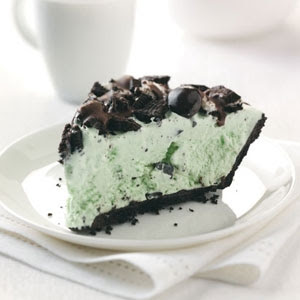 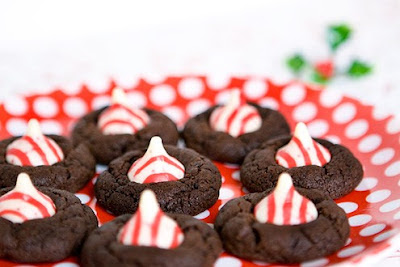 A week ago my mom, Aimee, and I went to the Brookfield Zoo. Aimee hadn't been to a zoo since the last time we had taken her, which was about 5 yrs. ago! We had lots of fun. :) I think just about every animal was out and about moving around. It was a gorgeous day and everyone and everything knew it. :) The following are some pics I got with "my" phone, hence the really poor representation of my astounding and awesome and unparalleled photography skills.
"I love frogs!" 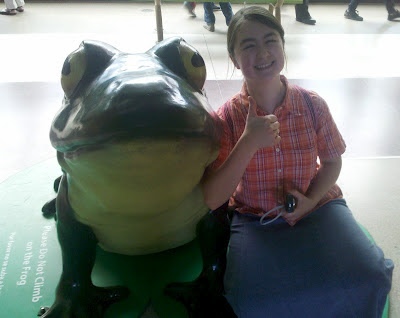 Yay for these things. Old America. 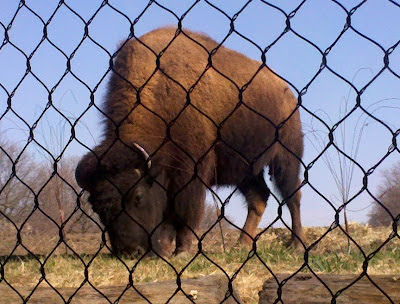 A snake that looked like chrome. And since I love chrome, I thought I'd take a pic for future exploration. 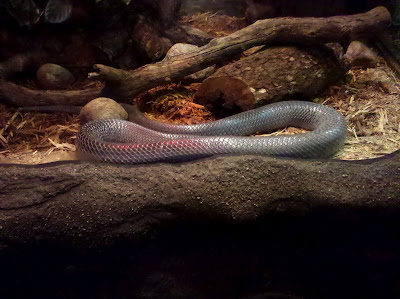 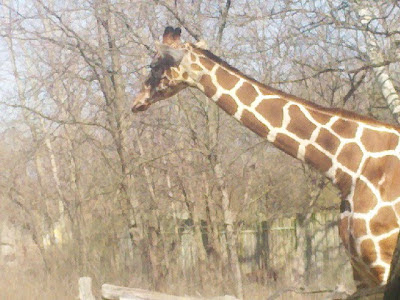 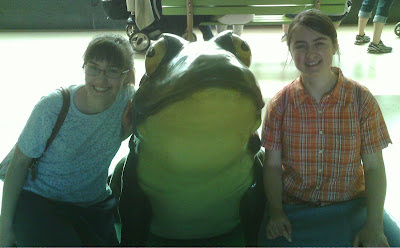 We had a great time together! I love my pal Aimee. <3
Posted by Rachael Marsceau at 7:26 PM 1 comment: 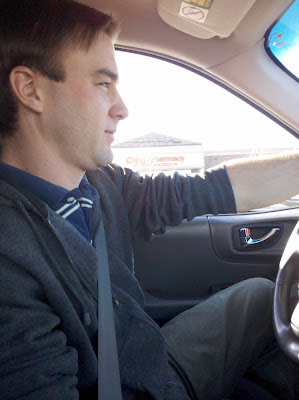 "Here's to the crazy ones, the misfits, the rebels, the troublemakers, the round pegs in the square holes... the ones who see things differently -- they're not fond of rules... You can quote them, disagree with them, glorify or vilify them, but the only thing you can't do is ignore them because they change things... they push the human race forward, and while some may see them as the crazy ones, we see genius, because the ones who are crazy enough to think that they can change the world, are the ones who do."
~ Steve Jobs
Posted by Rachael Marsceau at 9:44 AM No comments:

So I have become rather interested in trying new recipes I find on Pinterest as of late. It's kind of weird how it works. I go for days just talking about trying some new thing and gathering recipes for stuff, but never actually throwing something together. Then on some random day where I have time enough, I make maybe 3 new things all in a row. :P You can find all the recipes I've tried here, but I thought I'd share my 3 favorites so far here on my blog.
Firstly, the Tomato-Basil Parmesan Soup, found here. 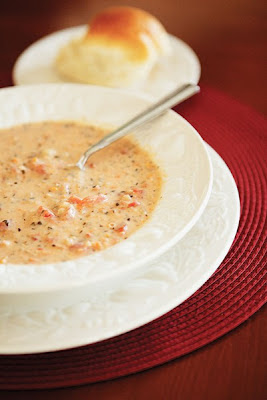 Wow. This soup really was amazing. It doesn't make tons, so next time I want to double it, but the flavor is great and for me, it helped that the recipe was easy to follow and put together. ;) The first time I made it, it was gone in less than 2 days. Chris kept saying, "It's really, really good soup. Now you need to find bread to make to go with it." Of course this kind of sent me hunting for some bready thing I could make without stressing out since I'm not really familiar with bread-making yet. :)
Thanks again to Pinterest, I found these 30-minute baguettes. Here's the recipe. 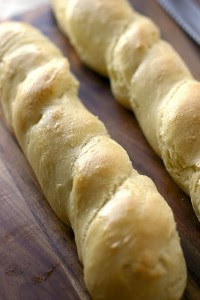 There's a fun aspect to these things: you get to throw ice into the bottom of your hot oven. It makes noise! And steam! And it feels wrong doing it but apparently the steam makes the bread happy and it'll turn out nice for you. This was YUMMY bread because it was just crispy enough on the outside but totally soft and chewy inside. Perfect for soup. (Hint hint.)
AND a dessert. What would a recipe post be without dessert? I for one am a cookie lover. Next to ice cream, it's my favorite dessert. I keep pinning cookie recipes galore, and I'm way behind on trying some stuff. But I finally got all the things I needed for these Brownie Batter Cookies, found here. 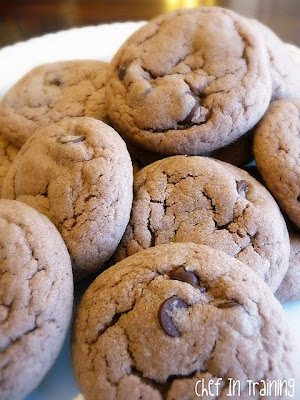 These were kind of fun because it ended up making two desserts for me. You use 1 cup or so of chilled prepared brownie batter, and as I didn't want to dump the rest in the garbage or offer it to the nearest bowl-licker, I figured out that both the brownies AND the brownie batter cookies bake at the same temperature, so I made brownies with the extra batter and still had cookies! Yay! :P One thing I did NOT know about these cookies however was how much it made. GOOD. GRIEF. I started these in the evening and after a while I realized I could easily be up all night finishing out the batter. lol It does make TONS. But the cookies are good enough that you'd probably want tons. Just don't start the project around 8 or so at night like I did. Near the end of the batter bowl you'll not be in your right mind, probably. And you could also be lonely as everyone else will have gone to bed long before. I would then suggest turning on some music and talking to yourself.
Well, there are my 3 favorite new recipes that I've tried in the past 2 or 3 months. Looking forward to sharing more!
Posted by Rachael Marsceau at 9:01 AM 2 comments: