"Duty can pack an adequate sack lunch, but love may decide to enclose a little love note inside. Obligation sends the children to bed on time, but love tucks the covers in around their necks and passes out kisses and hugs.... Duty gets offended quickly if it isn't appreciated, but love learns to laugh a lot and to work for the sheer joy of doing it. Obligation can pour a glass of milk, but quite often, love adds a little chocolate."

~ Linda Anderson, in Love Adds a Little Chocolate
Posted by Rachael Marsceau at 9:33 AM 2 comments:

"So often we give God the gift we think he needs rather than take time to find out what he desires."

~ Joanna Weaver in Having a Mary Heart in a Martha World
Posted by Rachael Marsceau at 12:09 PM No comments:

Last year went by really fast, and even though it was kind of blah, I'm still going to post this post. :P Here was my 2013:

As far as music goes, I continued to teach, and reached the highest number of students I've had so far! I also played 8 concerts, 4 recitals, and 1 gig.

I read a lot of new books as well. Here's the list for my fellow book-lovers. Please keep in mind I do not endorse everything that is in each of these literary works. ;)

I think that's about it. I have a few goals for 2014, mostly involving daily exercise, improved productivity, learning how to jumpstart a car, regaining lost ground, and getting a dog or two. I will also have a garden and chickens and know how to bring every thought captive by the end of the year. Yes.
Posted by Rachael Marsceau at 9:42 AM 1 comment:

"The warriors with whom he will win the world to himself are the nobodies, the people who in the world's estimation do not count. Do not depreciate yourself, but give yourself to him; he will find a niche for you and make your life worth living."

~ F. B. Meyer's Devotional Commentary
Posted by Rachael Marsceau at 10:38 AM No comments:

Love this picture of the Marsceau/Sullivan/Marsceau/Larson couples from Meredith's wedding last June. :) 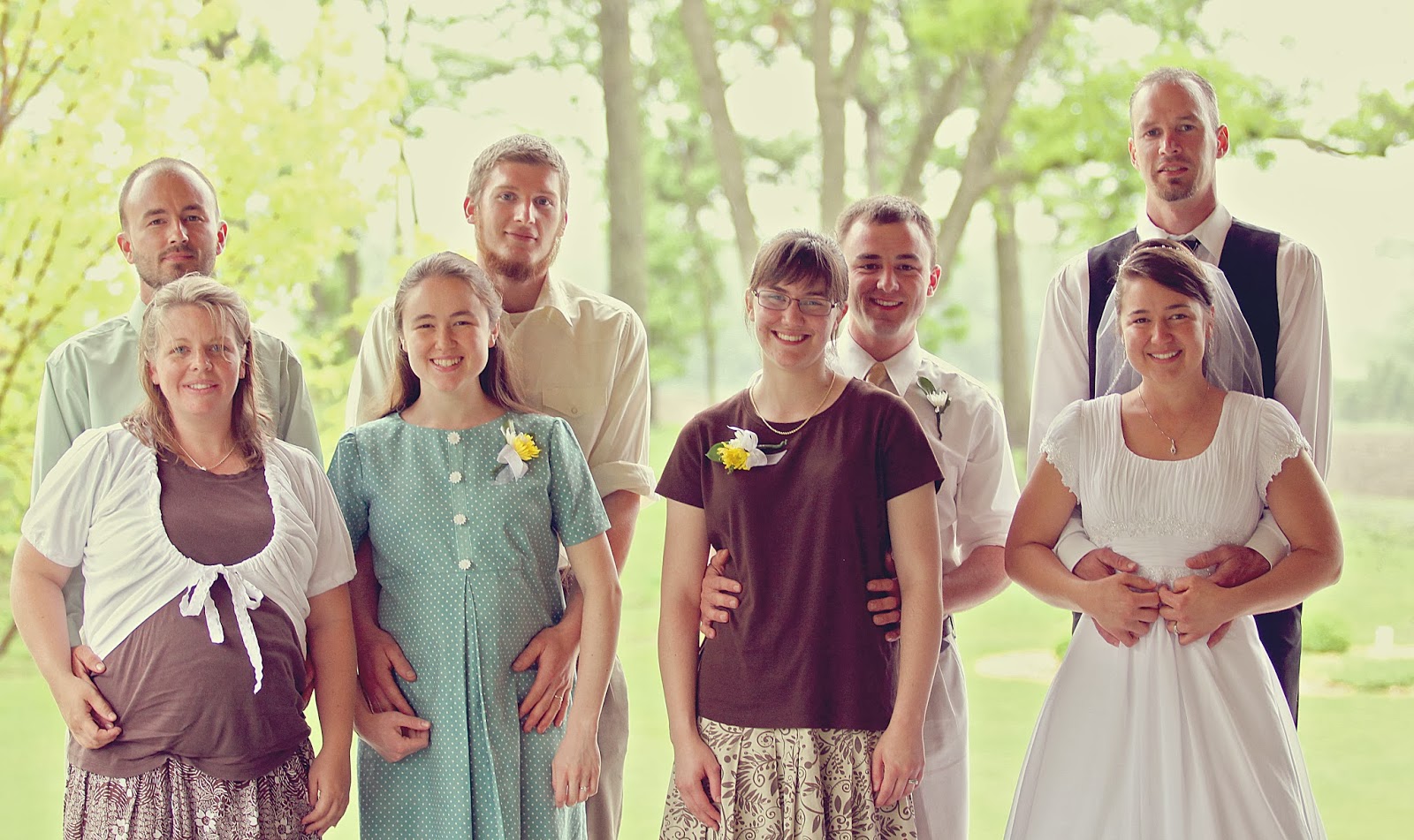 what I didn't expect

I really didn't think much about our flight coming home from the Greenville/Spartanburg airport yesterday. I just expected to land at 8:20 AM, get home around 10, take a nap, casually unpack my luggage, etc. Just as we were about to land at Midway - close enough to see tiny, snow-covered houses - I felt us ascend again. I inwardly groaned, as that could only mean one thing: a delay.

The captain told us the visibility was below minimum and we had to do laps around the airport, with two other planes in front of us doing the same thing. Eventually we were low on fuel, so they flew us to St. Louis, where we sat on the plane for an hour or more waiting for the weather to "clear up."

Finally they let us off the plane while they waited for the blizzard in Chicago to dissipate somewhat. What we thought (and hoped) would be a short delay turned into an 8-hour day sitting at the airport doing nothing but being held in suspense. Eventually we heard Midway was shut down due to weather; no flights going in or out.

Around dinnertime we ended up getting passes for a flight at 6:10 this morning, and just getting a hotel for the night. RANDOMEST day ever!

Oh, by the way. The flight this morning was cancelled last-minute. So we ended up splitting a rental car with two girls we met at the airport and driving the 5 hours home. Our luggage is still on its way.

But the beautiful part of all this airport mess was how it made people talk to each other and work together. We met so many cool people with so many different stories and backgrounds and destinations:

a big guy from Texas on his way to visit his girlfriend
a guy headed to Boston to do a bluegrass jam with some friends (we were prob the only people in the airport with violins! lol)
Jim Berg (yes, really)
a family on their way to a wedding
a young Lutheran seminary student off to visit his girlfriend before going on a Holyland trip

And we were blessed by the company of the two brave women who decided to share in our driving adventure! One was a Christian girl from AL near where my grandpa lived, but she works on Michigan Ave. The other was a spunky, smiley girl from Denver on her way to visit a friend who's having a baby. We had a great time talking about everything in the world, and laughing at the randomness of our crazy situation.

All of it reminded me that stuff that could easily stress us out is often a blessing in disguise. It was so amazing to see how people came together to figure something out, or to share their life stories to pass the time. People are beautiful, and sometimes it takes a storm for us to see it.
Posted by Rachael Marsceau at 8:13 PM 4 comments: